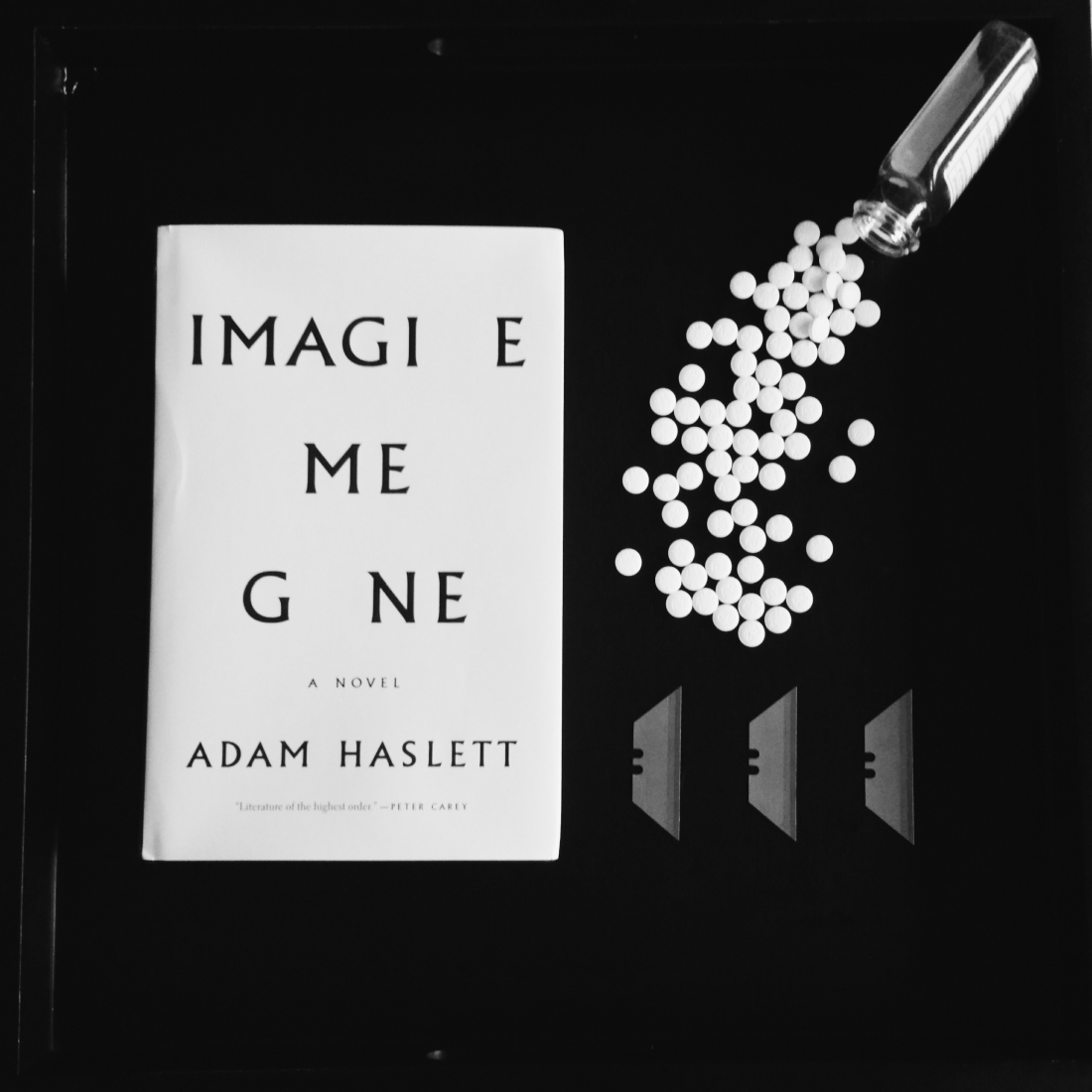 “No one’s capacity was infinite.”

Imagine Me Gone follows a family through the trenchs of mental illness.

“Against the monster, I’ve always wanted meaning. Not for its own sake, because in the usual course of things, who needs the self-consciousness of it? Let meaning be immanent, noted in passing, if at all. But that won’t do when the monster has its funnel driven into the back of your head and is sucking the light coming through your eyes straight out of you into the mouth of oblivion. So like a cripple I long for what others don’t notice they have: ordinary meaning. Instead, I have words. The monster doesn’t take words. It may take speech, but not words in my head, which are its minions. The army of the tiny, invisible dead wielding their tiny, spinning scythes, cutting at the flesh of the mind. Unike ordinary blades, they sharpen witth use. They’re keenest in repetition. Self-accusation being nothing if not repetitive. There is nothing deep about this. It is merey endless.”

Gripping from the beginning, Imagine Me Gone, keeps that kernal in the back of your mind, an ever-present wonder which colors every interaction between the siblings. John and Margaret are the parents to three children- Michael, Celia and Alec. Throughout the story we come to know each one more personally- seeing the ways their father’s mental illness touched parts of their life and watching as they overcome those challenges, all except Michael.

Michael suffers from debilitating anxiety. And, although he is the only one who suffers the symptoms, his entire family becomes absorbed and almost suffocated by it. Michael attempts to integrate into normal society but is repeatedly tripped up either by his newest female obsession who does not reciprocate his feelings or the multiple rejections by graduate programs who do not appreciate his work, as a white male, in the field of slavery and trauma. In an attempt to stave off ‘the monster’ Michael seeks medical treatment and is perscriped a multitude of different medications thus initiating a sprial of relief, tolerance, increase and inevitable dependance.

“There’s a limit, Alec. You don’t want to think about it, but there’s an ethical limit to what anyone should have to endure. You can’t just negate that with sentimentality. With the idea of some indomitable spirit. That’s a fairy tale. It’s what people say about other people, to avoid the wretchedness. It’s just cruelty by other means. Requiring a person to stay alive. For you. Dad, for instance. I never blamed him. I never did. He reached his limit.”

Margaret is struggling to stay afloat after the loss of her husband. She spares no expense when it comes to Michael. She does what ever she can to keep him alive, whether that means amassing a nearly insermountable debt or selling the family home. She is desparate to save her son from the ends her husband met but she is still unsure of how to love him.

Celia and Alec struggle to balance their lives with the burden of caring for their ailing elder brother. Each suffer their own struggles which are further complicated by the amount of time and energy Michael demands from them. Ultimately, in a desperate attempt to quell Michael’s insatiable need for contact and for his medication, Alec and Michael seclude themselves in the family’s cabin. Alec works to rid Michael of his dependance on medication with the hopes of restoring balance.

“It seemed as if whatever anxiety drug had kept it in check over the years had been stored up rather than actually eliminated, pooling like a dammed river in his head and now the gates were openn and the flood had arrived. There was nothing to do but wait for it to run its course. Eventually, his body had to tire.”

Heart-wrenching, complicated and devastating Imagine Me Gone brings to light the unstable and tumultuous experience that plague those who suffer from mental illness and the families that support them.

A review copy of this title was provided via Netgalley and Hachette Book Group.

2 thoughts on “Book Review: Imagine Me Gone by Adam Haslett”