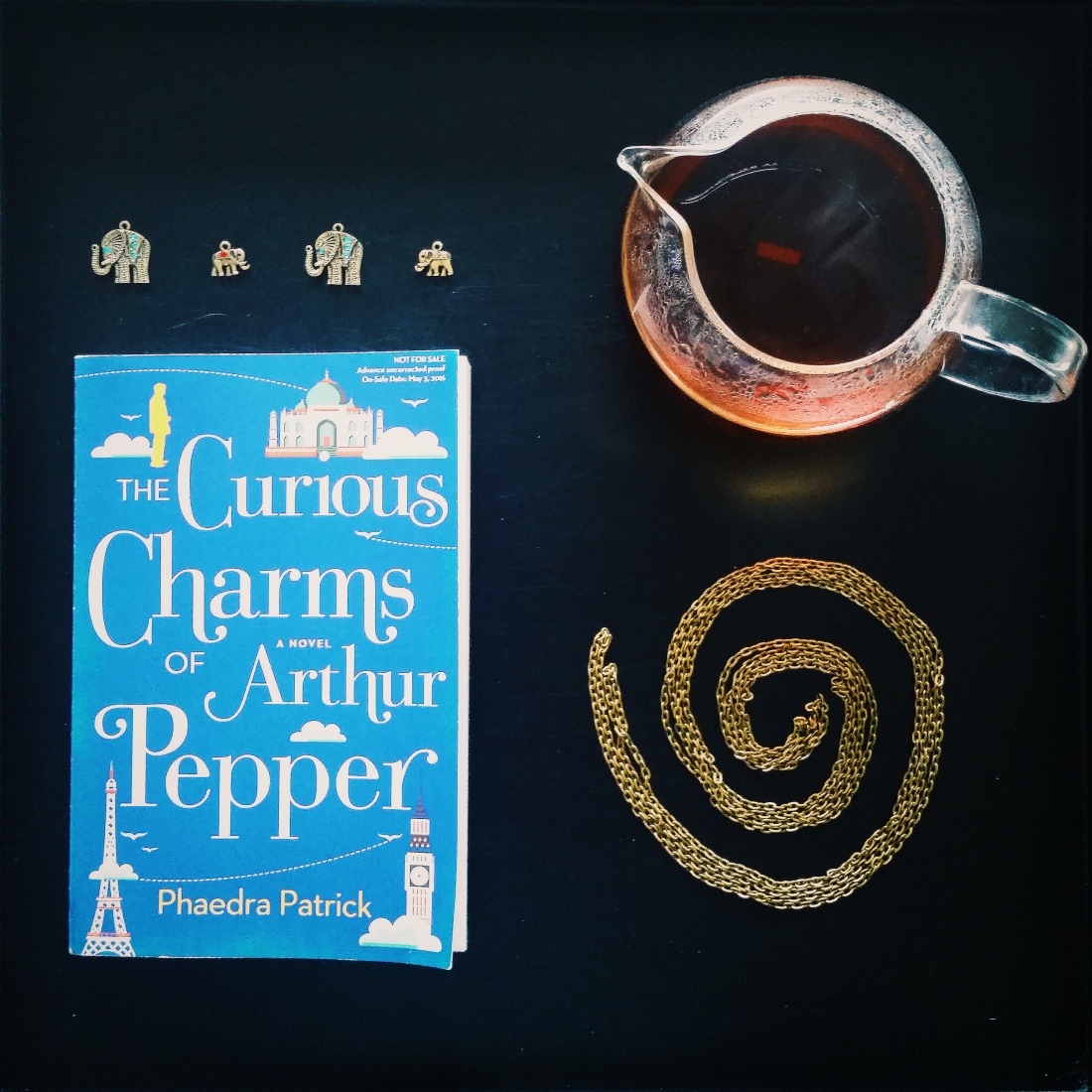 “Arthur explained about the bracelet and how he was tracing the story behind the charms, so he could learn more about Miriam before they met. “I am learning more about myself, too,” he admitted. “With each person I encounter, with each story I hear, I feel as if I am changing and growing. And maybe others benefit a little from meeting me also. It’s a strange feeling.”

The Curious Charms of Arthur Pepper is a story about the many forms of grief and how to overcome. We meet Arthur Pepper one year after the passing of his wife, Miriam. He is struggling to make sense of life without his wife, to find meaning alone. He spends his days locked in a routine, hiding from neighbors and family. When he finally makes the decision to take the first step towards moving on by sorting through Miriam’s clothing he discovers something that sets into motion a series of events that pull him from the grips of despair. Inside a shoe he finds an old charm bracelet and when he contacts the number engraved on the back of the first charm he begins to learn more about the life his wife lead prior to their meeting, a life he knew nothing about. He decides to investigate the meaning behind each charm, hoping to hold onto his wife for just a bit longer.

“Arthur was surprised to feel a tiny kernel of excitement taking root in his stomach. He had found out something about his wife’s past life and his inquisitive nature was compelling him to find out more.”

Arthur’s quest takes him all over the world in an adventure that is, at times, dangerous and frequently hilarious. Each charm enlightens him just a bit more. He learns more about Miriam’s spirit and heart but he also discovers some things about his wife he wishes were left unknown. The more he learns, the more he begins to doubt the love he believed was shared between them, questioning his entire relationship with Miriam.

“Whatever those things are, they don’t change what you had together. You had many years of happiness. You’ve become obsessed with the past, Dad. You’re hooked on finding out about a time you weren’t in Mum’s life. And you have built that time up in your head and heart to be bigger and brighter and better than what you and Mum had together.”

Despite this moment of doubt, Arthur comes to realize that without these experiences his wife would not have been the person she was when they fell in love. This lesson allows him to take a closer look at how her death has affected him. He realizes he is no longer the person Miriam fell in love with- his relationships with his children are strained and he his sullen. Arthur decides to put his grief aside and to move forward.

“Except that everything wouldn’t be normal again because this search had stirred something inside him. This was no longer just about Miriam. It was about himself, too. He was experiencing emotions he didn’t know existed. He had begun to discover people and animals that excited him. He wasn’t ready to rot away in his armchair, mourning his wife and waiting for his children to call and filling his days with plant-watering and TV.”

We leave Arthur at the end of his voyage, forever changed. A tale that is both emotional and lighthearted, The Curious Charms of Arthur Pepper is a journey worth taking.

A review copy of this title was provided via Netgalley and MIRA- an imprint of Harelquin.

12 thoughts on “Book Review: The Curious Charms of Arthur Pepper by Phaedra Patrick”